One thing I love about local radio stations is they don’t play by the rules. You won’t typically tune into your local community radio station and hear the same 40 songs that air on all the other stations. Instead, you hear new music. You hear local artists and international artists. You hear deep cuts and B-sides. You hear genres you never would have tried listening to otherwise. You hear older tunes that don’t get airtime anymore. You hear DJs who want to share things with you, not sell things to you.

I know, I know; that is a romanticization of community radio and a rather naive look at how they work. However, I believe that is what those stations should aspire to. Yes, you will hear repeat songs, sometimes multiple times a day. I got pretty sick of Portugal. The Man for a little while when my local station played “Feel It Still” 5 times a day over the summer, but I still prefer that to standard radio. 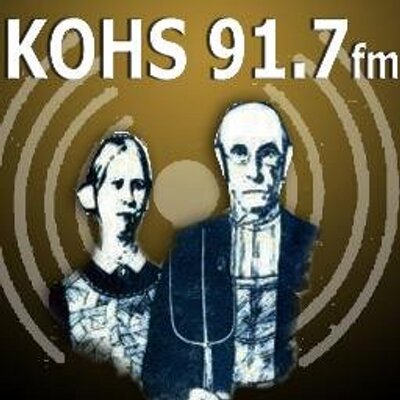 I occasionally find songs from my local high school station, KOHS, and my local community station, KRCL, that push my musical boundaries. For example, I had never been into club music/electronica most likely due to my exposure to that style being limited to the basic beats you hear on standard radio stations and at dance parties (not my thing either). To me, it just sounded like an overdose of dubs, wubs, and wahs that get old really fast. Especially when you start getting headaches, and… Just, no thanks. It’s not for me.

However, my eyes have been opened somewhat. I believe that epiphany began with a song I heard a few years ago on KOHS, “Frontier Psychiatrist” by The Avalanches.

The Avalanches are a group from Australia who is fairly hard to describe. Their first album has a supposed 3,500 different audio clips sampled into it. After listening to that album, I believe it. The things these guys do are amazing, weaving hundreds of separate samples together to create one cohesive song is a ton of work. I couldn’t do it, though I can certainly appreciate it. And they even do live performances of their music; at one point they had 4 sets of turntables onstage at once along with other various instruments.

I looked up the Wikipedia page for the group as well as read a few blurbs describing them, and I can’t say I have ever found a band before whose genre has been described as Plunderphonics or Neo-Psychedelia before. They also hold the labels of Electronic and Hip-hop, and while I can hear that in their music, that description doesn’t do justice to the complex and nuanced sounds produced by The Avalanches.

Here’s the video for “Frontier Psychiatrist” if you’re interested. It was a runner-up in the Soho Shorts Film Festival in the UK; it’s pretty weird, but it fits the song really well.

This music has a groove to it that is persevering. Something they do really well are transitions between tracks. If you listen to their first album, Since I Left You, the transitions are completely seamless. It’s pretty hard to tell when one song ends and another begins. That makes picking out favorite tracks kind of difficult, so I recommend listening to the album straight through if you feel like giving this band a shot. And if you like that album, make sure to check out Wildflowers as well. It has less of a continuous feel, and they feature a lot of other guest artists that amplify the music deftly. All in all, an excellent follow up to the first album.

If you would like my top 5 tracks instead of listening to an album, here they are:

“Since I Left You” Who knows if we can expect another album from this group. I would like to hear more of their music, but it did take them 16 years to put out a second album. It might take longer for a third, or maybe there just won’t be another one.

In the end, I’m still pretty picky about electronic and club music (frequently the only thing I get out of it is a headache). But I will always at least give it a shot, I never know when I might end up really liking it.

Im glad I found this group, it is completely different than anything I was listening to previously and I feel it illuminates the boundless ways we can pursue music. I hope I continue finding new musical innovations for the rest of my life as well as try to keep a more open mind to new things, even the ones that give me headaches.