Barns Courtney is a name I only became somewhat familiar with a year ago. His song “Fire” has had quite a bit of radio play here in the US and I liked it enough to add it to my music collection, but that’s as far as my knowledge went. Turns out he is fairly new as a solo musician, his first and only solo album having been released in 2015.

Barns was born in England, but spent his early years (from 4 to 15) in Seattle and I believe that influenced his overall sound enormously. He isn’t grunge at all, but there’s just something I can’t put my finger on that reminds me of it. Maybe it’s the weathered and heavy vocals? I don’t know, and if you have thoughts on this, let me know.

Wikipedia has Barns Courtney listed under blues rock and folk-pop, though I don’t really agree with that second one. His sound features a gritty, world-weary type of voice, reverb effects that make me feel like he recorded in a tunnel, and an overall gritty production style that is becoming increasingly common. I’m all for it, though I’ll be the first to admit it can get a little old after a short time. I wasn’t sure if I would find anything else he has released that I would like. I am happy to report that I did. 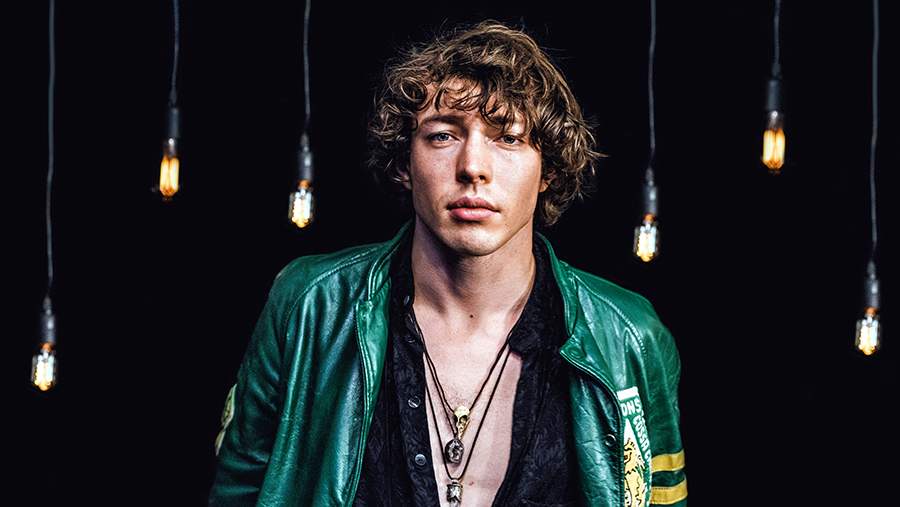 Not every track on his only album caught my interest, but a few of them did. Honestly, since he is fairly new to the scene there isn’t a lot for me to try and digest so that’s all I really have to say. But I’m not stopping there; I’m taking advantage of the shorter post to get into detail on what I like and don’t like about individual tracks.

Shall we go through them one at a time? I’ll add a Youtube link to each one if you’d like to hear it.

This song is well structured. The chorus has a nice build and energy that grows naturally and dramatically from the calmer verse. The instrumentation is simple as it needs to be, emphasizing the vocals and effects while remaining interesting. The bridge brings to mind images of old western movies with a whistled countermelody put to great effect along with vocal exclamations running underneath. It’s a great song, and I am completely unsurprised at its popularity.

With a higher tempo and a more melodic vocal line, it’s set apart from “Fire” though this track still has his signature sound. The thing that stands out the most is the heavy reliance on drums throughout the song, but especially in the verse. He seems to continue his structure pattern of ABABCB that is so common throughout pop music, but that’s not a bad thing. Overall, I really like this track, and it has an interesting music video.

The first thing he did right with this song was having the intro set the tone before a dramatic pull back for the first verse. Like in “Fire”, he has a natural and dramatic build up from the verse to the chorus. The beat is infectious, not in a danceable way, but rather in a head-nodding way. His gritty sound is amplified with this one.

This song starts with some random spoken words from a “hobo” that made it stick out a bit. There is a rhyme scheme in the verse that makes me think of 90’s rock pretty strongly, but all of the elements blend together very well. One example would be the background vocals with a chorus effect put to excellent use alongside the main guitar line. It transitions into the next track on the album titled “Hobo Outside Tesco, London – Interlude” This track is pretty much an extension of “Hobo Rocket” with spoken rhyme audio from what I expect was a hobo outside of a Tesco in London. It’s different and was a nice break in the middle of the album.

This is an anthem for conquering something. I imagine it being used in a car commercial or a movie montage about someone becoming stronger for whatever sport or fight they need to face. Really, it’s a little like this generations version of “Eye of the Tiger” Please note I am not comparing the two songs, just pointing out that’s the general feeling inspired by this song. I mean, the chorus lyrics are literally “champion, I can take a beating, I’ll rise again, burning through the jungle until the end” If that doesn’t spell out the storyline to every sports movie that came after the original Rocky, I don’t know what does. I quite like it, though for some reason I want that movie montage to take place in a corporate office featuring someone sweating over powerpoints, sales calls, and coffee breaks… Anyway, his voice and the effects they put on it are ideally suited to a song like this.

Another great song for a movie montage, the chorus is something you can really rock out to, the pre-chorus is the perfect change in style leading to the chorus, and the verses are nicely short to make the whole thing move at a good pace. Now that I think about it, he seems to have mastered making his songs short enough to never get really old. If they were longer tracks I probably wouldn’t like them as much. There isn’t a single track that exceeds 4 minutes on this album.

And that’s it. If you like his style, please check out the whole album. I was pretty glad to have an artist that didn’t have hours upon hours of music for me to listen to, this project is a little tough sometimes.